Has Zucks been Zucked?

Spare a thought for Mark Zuckerberg this week. Not only is he dealing with the fallout from the iOS 14.5 update and the continuing spat with Apple, he now has to decide whether to let former US President Donald Trump back onto Facebook & Instagram.

Facebook, like almost every other major social media platform, removed Donald Trump from their platforms in the wake of the 6th January Capitol Hill insurrection. The deplatforming of a public figure is a major decision for any platform, most of whom provide a level of protection to such figures due to the public interest. However, the actions on the 6th January were deemed to have gone too far and the then President it was felt was playing a role in fueling the violence.

Unlike Twitter, who permanently banned Trump, Facebook only applied an indefinite ban to the President. That decision was referred to the Oversight Board, which only began adjudicating content moderation decisions by Facebook in October 2020. Zuckerberg would likely have hoped that the board would uphold that decision and everyone could move on.

The oversight board did agree and were satisfied that Facebook acted swiftly to remove Donald Trump following the 6th January events. But crucially, and what will make things uncomfortable for Zucks, is that they said it was wrong to apply an indefinite ban. The ruling stated that “In applying a vague, standardless penalty and then referring this case to the Board to resolve, Facebook seeks to avoid its responsibilities”.  The board concluded it’s judgement by saying that Facebook must apply and justify a defined penalty, effectively meaning that Facebook must state when the ban will be lifted, remove Trump from their platforms completely or reinstate his accounts immediately.

The reason this matters is that social media companies have long argued that they are not responsible for the content published on their sites, as governed by Section 230 of the Communications Decency Act of 1996 in the US, which states “immunity to online platforms from civil liability based on third-party content and for the removal of content in certain circumstances”. Similar “Safe Harbour” legislation is also in place around the world. There are of course exceptions which mandate the removal of serious crime activity.

Section 230 continues to be fiercely contested by US lawmakers, who wish to make social platforms more responsible for the content that is published. The social giants would argue that it will stifle free speech. That’s why Zuckerberg agreed to the Oversight Board in 2018 as a way to arbitrate decisions such as deplatforming people. And Jack Dorsey from Twitter has also suggested a more decentralized internet as a way to reform Section 230.

The Clock is Now Ticking

The clock is now ticking on what action Facebook will take in regards to Trump and the decision will matter for public figures who use the platform to connect with their followers. The oversight board has given Facebook 6 months to make its final defined decision on how to deal with Trump.

Either way, it is unlikely to affect Trump himself. This week, the former President, who has been locked out from every major social network, launched his own social platform called “From the Desk of Donald Trump”. It only has 1 user for now so think of it as a personal blog.

PrevPreviousWould you pay for Facebook?
NextTelemedicine to Save Healthcare Industry $21 Billion Globally by 2025Next 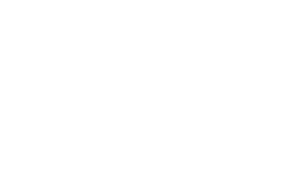