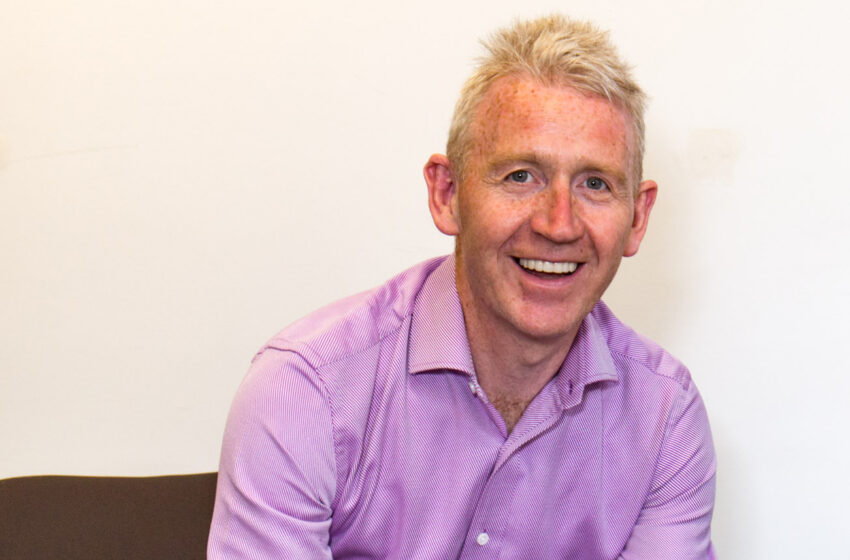 One of Northern Ireland’s fastest growing technology companies has appointed Patrick McAliskey as its new chairman.

Decision Time, which recently appeared in the Deloitte Fast 50 Ireland for the third year in a row, has secured the services of the highly regarded entrepreneur to help guide it to further growth and success.

Patrick McAliskey founded and developed Novosco into one of Northern Ireland’s best known tech businesses and one of the leading IT service providers in the UK before selling the company to the multi-national CANCOM Group in October 2019.

Under Patrick’s leadership, Novosco won a £107million contract with Cambridge University Hospitals Trust and grew its revenues to more than £50m.

In his role with Decision Time, Patrick will chair the company’s board of directors and provide strategic direction as it seeks to expand its already impressive list of customers across the UK and Ireland.

Antrim-headquartered Decision Time provides software that makes it easier for organisations to practice good governance by running effective meetings, managing risk and monitoring their strategic performance. It enables CEOs, directors and leaders across any organisation to manage all of these essential requirements in one place.

Decision Time’s customers include NHS Trusts, some of the UK and Ireland’s largest universities, over 60 housing associations, non-departmental public bodies, a large number of the Republic of Ireland’s public sector bodies, and major Northern Ireland organisations such as Tourism NI, Translink and Invest NI.

In the last two years, the company has more than doubled its customer-base including continuing to win business from large global competitors. And its projections are for revenues to more than double from £2.4million per annum in 2020 to beyond £5m in 2023.

“Decision Time has a pedigree of nearly 20 years, and it is now at the point where it is growing rapidly and has an incredibly impressive market share in key sectors across the UK and Ireland. I fully expect the company to move to the next level over the next few years in terms of its customer-base, employee numbers and revenues and I’m really excited to work with Geoff, David, Sinead and the team to help them on that journey.”

“Patrick’s track record speaks for itself and we’re really pleased to welcome Patrick as Chairman of Decision Time. He is one of Northern Ireland’s most skilled entrepreneurs and business leaders, and as we seek to continue to make Decision Time one of the best places to work in Northern Ireland and one of the leading software companies in Europe, I have no doubt Patrick’s input and guidance will be absolutely invaluable to us.”

Decision Time is run by Directors Geoff and Sinead Higgins and David Braziel.